Advanced was named “Product-led Organisation of the Year” at the annual Pendo business software product festival in Raleigh, North Carolina in October 2021. So what difference does Pendo make for users and how was the accolade earned? Jake Redford, Advanced Head of Legal and Education Products, has the answers.

There are three good reasons why Advanced adopted Pendo software for listening to and communicating with the users of Carpe Diem, Cloud Forms and The National Will Register. Although the software doesn’t tell us anything about any individual’s specific use of the products, it does show us where and how different product features and pages are being used overall. This visibility is very powerful as there’s a wide range of functionality in these software products. Pendo gives us invaluable insights into which parts are and aren’t landing with users so we can continually develop what’s working and either look to improve, or strip out, the elements that are not well-used and that are potentially cluttering up the interface.

The second reason for using Pendo is that it lets us offer contextualised and targeted help to users. If at any point in the user journey an individual is getting stuck, Pendo enables a pop-up to appear with a helpful hint or tip, or even a link to a video tutorial on how to use the solution at that juncture, or to proceed with a particular task.

We can also tailor the information to the user. So, lawyers have different user needs than team leaders or administrators, and we can target the pop-up to the specific requirements of each user group. We can also, for instance, identify when an individual is using an older, less function-rich browser and send them a message suggesting they change browser for a better user experience. The key here is that these communications are targeted only at the people who stand to benefit and no one else. We also want to make sure that any intervention is helpful rather than intrusive by giving users the option to say: “Don’t show me this again”.

The third strong reason for using Pendo is that it enables granular user feedback. Of course, we’ve always asked for and received feedback. But the difference is that instead of hearing from a CIO or IT manager who’s presumably spoken to product end-users; with Pendo we’re getting direct end-user feedback, moreover while they’re interacting with the solution.

We also have the flexibility to conduct broad polls on overall satisfaction or ask narrow questions on specific features. Again, users can opt out, but from the large number who submit customer feedback we’re gaining very specific and high-quality end-user information with which we can prioritise the development of Carpe Diem, Cloud Forms and The National Will Register, so they continually deliver more value to users.

What’s more, once improvements are made, we know when they’re successful because we can see when users do and don’t adopt a new feature or capability. Conversely, the data from Pendo has also stopped us making wrong moves. A case in point is that we’d planned to withdraw the mobile capability of CD Web (the pre-cloud version of Carpe Diem) on the assumption that this facility probably wasn’t widely used. The data told us otherwise, so we’ve kept that functionality. The aim is always to make sure the product is working for users, helping them be more successful in their role and providing a better user experience.

And we see evidence of that in the way that the number of calls to the support desk has declined in the two years since we introduced Pendo. It used to be that up to 50 per cent of calls were “How do I do X?” These have been substantially reduced, which we believe indicates fewer people getting stuck and frustrated; and many more who’re quickly achieving what they set out to do with the solution.

Organisation of the Year

As to why Advanced won the Product-led Organisation of the Year Award – it comes down to the creativity, expertise and endeavour of the Advanced product managers and owners who use Pendo. Like any other tool, it’s only as good as the people who deploy it, and our people are very knowledgeable and customer focused.

It should also be said that Pendo has thousands of global users. Winning out against some very big competition is a sizeable feather in our cap and evidence of how good our product teams are. What’s more we’ve made a point of instituting regular Pendo user-group meetings so that a good idea that’s working for one product manager can be shared with the group and replicated across other solutions. Overall, Pendo is helping us to optimise the capacities of our legal software solutions to deliver a superior user experience. The Organisation of the Year Award is evidence that we’re getting it right.

Want to find out more? Visit Advanced’s website to chat to an expert. 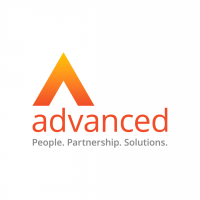 https://www.oneadvanced.com/
Advanced has over 30 years’ experience in technical systems development. We provide legal software solutions to more than 5,000 law firms and barristers’ chambers, and more than 50,000 users. Our legal customers depend on our solutions to support their business aims and processes every day. Our legal-centric software includes integrated chambers and practice case management systems, process workflows, time recording, Cloud forms, Cloud dictation and digital document bundle production. Many of our customers also rely on our business solutions to manage their core business processes such as HR, payroll, finance, spend management and IT services. Our goal is to enable our customers to drive efficiencies, savings and growth opportunities. We do this by providing right-first-time software solutions that evolve with the changing needs of their business and the environment they operate in. When it comes to legal – we’re in your corner.