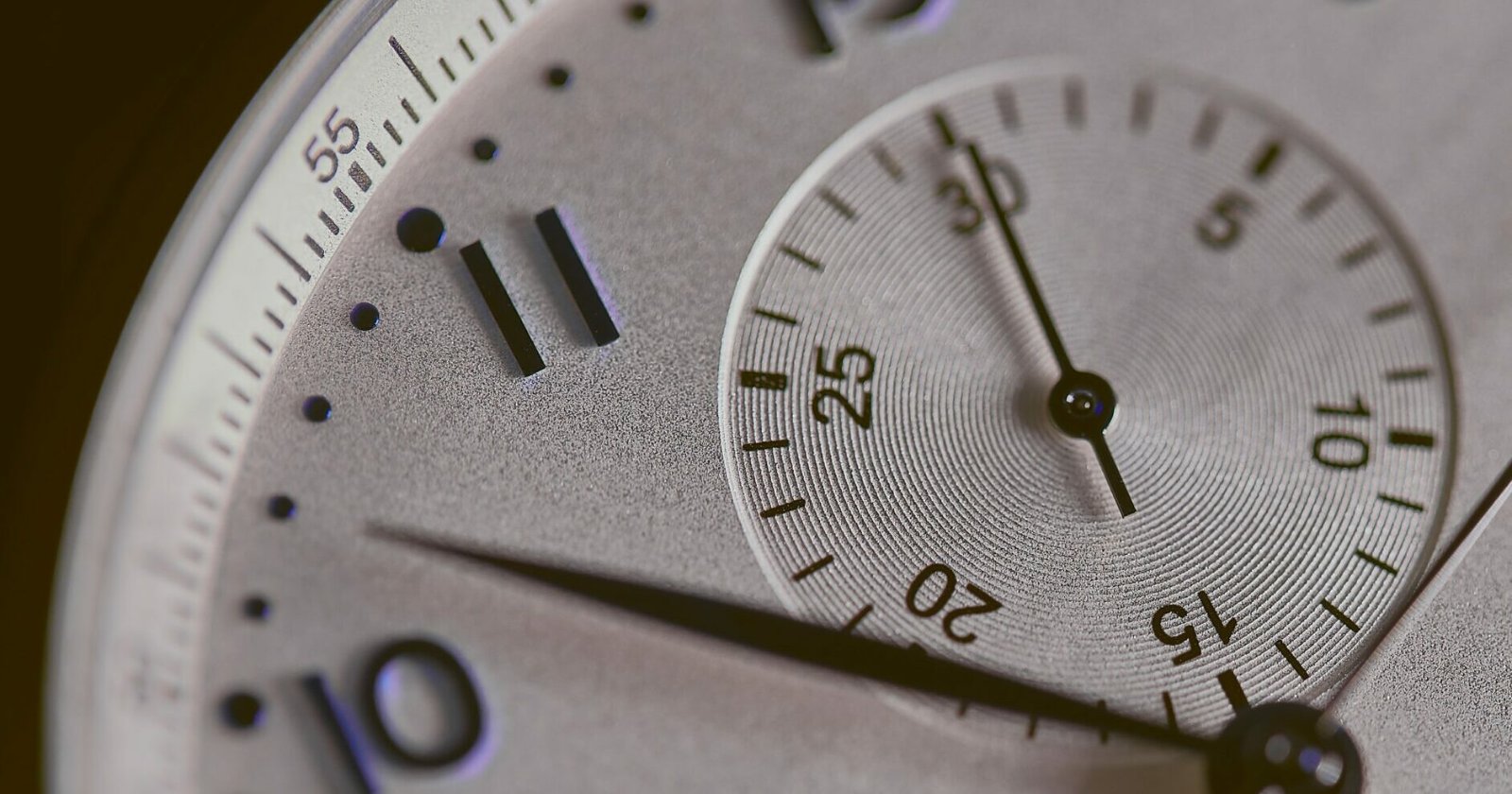 The mantra that “the billable hour is dead” has long been spoken about within legal circles and the reasons for both its survival and forecast demise have been the subject of many debates; but despite being “unloved” by most clients and subjected to significant pressures for many years now, time-based billing has refused to die.  In fact, those of us involved in legal billing on a day-to-day basis, still see this method remaining as the primary billing arrangement for most legal work completed by mid-size and large commercial law firms. Their corporate clients have grumbled about the billable hour for years and alongside other factors, it has been blamed for high rates of burnout and stress in the legal profession. Many agree that charging by the hour is inefficient and non-transparent, yet it remains the mainstay of how most law firms charge clients for their work.

This blog looks at why the billable hour is still used and what other ways law firms can adopt to charge for their matters; and just what is holding back firms and clients who want to embrace alternative fee arrangements? Although many clients are asking for their law firms to suggest different ways of charging for their services, we believe that hourly billing will still continue to be used as part of a wider portfolio of methods.

What is time-based billing?

Before looking at different charging models we should review what is meant by hourly billing and how it has such a strong place in the charging of legal services. Historically, the charging for legal services by the hour is not that new, especially in the context of how long lawyers have existed and been paid for their services. In fact, before the 1950s lawyers based their fees by considering such things as the nature of the matter, an agreed scale of costs, and/or the ability of the client to pay. However, from the mid-1900s, time recording became widely used, initially as a means of monitoring efficiencies within the law firm and assisting in reviewing whether work was profitable. From then onwards time recording was increasingly adopted as the basis upon which clients were billed.

With the advent of computerised time and billing systems in law firms, lawyers began to record their time in (mainly) six-minute increments – or multiples of this – (i.e. 0.10 of an hour) along with a narrative of the work done and often a code to define the task/activity undertaken. This is then multiplied by an hourly rate to give a cost or charge for that item of work. In addition, many US/UK firms utilised time recording software designed to capture activities completed by lawyers exclusively on the basis of the time spent by them completing that work.

This focus on time makes it difficult, if not impossible, for firms to capture the value of the work based on any other measure.  Put simply, the current legacy PMS (practice management systems) are simply not flexible enough to offer, manage and track different forms of fee arrangements.

Why is hourly billing still the dominant charging method?

What are the alternatives?

Some commentators have said that it is misleading to talk about “alternative” charging methods, as though hourly billing is the “norm” and anything else is an alternative to this. In fact, we should probably include hourly billing simply alongside other methods of charging for legal work – as some of these methods have existed long before time-based billing was used.

One increasingly used billing method is described as “Fixed Fee”. This is when the law firm and the client agree on a set fee for a piece of work and where both the client and the law firm accept an element of risk for any cost variances. This method of charging is often used for repeated transactions, where the amount of work done does not vary too much and both parties are comfortable with the agreed fixed fee for every transaction. In this case, any cost differences (either lower or higher) are shared between the client and the law firm and accepted as a low business risk.

Another method of charging is based on the value that the client believes it will gain from having the work done – and if the law firm agrees to deliver this work, either advice, documents, or a transaction, for the “value” given to it by the client. This solution does rely on a good working and trusted relationship between the parties and a discussion taking place before the work commences. It also depends on both parties being in agreement on what the delivered “end product” looks like and should involve a process for any changes to be resolved along the way.

Finally, there is the hybrid charging method – which is part time-based and part fixed fee. Ideally, the law firm will use the standard UTBMS (Uniform Task-Based Management System) phase/task codes to identify the initial stage(s) of a transaction where time-based billing might be appropriate and can then scope the rest of the work needed to complete the matter, and a fixed fee can be agreed by both parties. Electronic invoicing (eBilling) lends itself to this model – where both parties can easily see and agree on what work is being done and at what phase or stage of the transaction it applies to.

As noted above this leads to a recognition that the definition of types of legal work and a work breakdown using a taxonomy of some sort is vital to identify just what is being done and at what point in the matter. A recent study of in-house lawyers,  published by Priori Legal says… “if clients are looking more and more at alternative fees, which although it is a term that covers a multitude of approaches, it likely means a growing amount of work will need to be on fixed or scoped fees, i.e. that a certain price is agreed for a piece or part of a piece of work, and it’s then up to the law firm to figure out how to do it at that price. If you are going to price X, you need to be able to define what ‘an X actually looks like and is called”.

Needless to say, BusyLamp’s eBilling.Space can fully support all the current methods of charging for legal work. Whether the law firm is importing their work-in-progress and invoice information as LEDES (Legal Electronic Data Exchange Standard) files or submitting their data directly into the system for the client to review, this can be done based on hourly billing, fixed fee, or any of the other models in use.

The modern eBilling solution providers, such as eBilling.Space, also bring a wider range of features to the legal procurement and billing process and this includes support for the request for proposal, matter budgets, resource planning, matter project management and in-depth reporting, in addition to the traditional eBilling function.

At the end of the day, many people working in the legal world believe it’s unlikely that time-based billing and the billable hour will ever completely die out but that there will be a revision of this billing method from being the main method used, to the acceptance that it is just one of many. As clients look for different approaches to billing and as more innovative fee arrangements grow, partners of commercial law firms will be forced to meet these demands. Interestingly we may see a return to the pre-1960s approach to client billing; specifically, to one where lawyers use a more client-focussed or value-based approach and take into account the client’s requirements. The use of newer technical solutions, including AI, machine learning, workflows and advanced data analytics, will help ensure that we move away from the billable hour and towards fixed fees, value charging or capped prices. 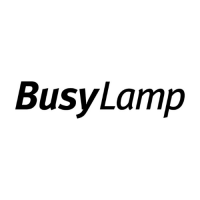 BusyLamp
Founded by a team of lawyers and powered by many frustrated users of endless spreadsheets and clunky legacy eBilling and matter management systems, BusyLamp is the leading SaaS alternative for efficient enterprise legal management. By simplifying and improving legal operations we help legal departments save time, significantly reduce spend and overheads, and collaborate more effectively with inside and outside counsel. Today’s legal departments leverage our end-to-end solution to free their teams from manual admin tasks and drive efficiencies from pitch to completion. Become a member of the BusyLamp user family and take advantage of our sophisticated sourcing, fee tracking, matter management and eBilling features all with powerful reporting and analytics in an easy to use, quick to implement, modern solution.

Why Cyber Security is More Important to Law Firms Than Ever

Cybercriminals mean business and it seems increasingly that their most attractive prime target is the law firm. For this reason, …

How do you calculate the return your legal firm will get from investing in a document management system (DMS)? It’s …

Another Announcement: Are Your Comms Channels Ready?