Law Firm Diversity – Are You Ready for this Year’s Survey?

The bi-annual Solicitors Regulation Authority (SRA) diversity survey will be run in late Summer this year; the last survey took place in 2019 and saw 96% of firms reporting their data from more than 186,000 people in 9,500 firms.

As with the previous survey, there have been slight changes to some of the questions, these relate to questions used to monitor socio-economic background, ethnicity, sex and gender identity, and religion or belief and sexual orientation.

The questions on sex and gender have been changed to reflect a more inclusive approach, so a third option has been added for the sex question for those who do not identify as male or female.

This years’ survey will, according to the SRA, be launched in late Summer, and if past surveys are anything to go by will run over a number of months; firms that don’t lodge their data by the deadline will be contacted by the SRA and if data is still not submitted by any further deadline will be referred for enforcement action.

Law firms have a regulatory duty to allow their employees to participate in a survey, but they must not force them to participate; the SRA hopes that employees will recognise the benefits from providing diversity data but if they don’t wish to provide it they should be encouraged to select ‘Prefer not to say’, rather than not complete the survey at all.

Firms need to reassure their employees about how their data will be used and that it is provided anonymously and will be handled in line with the Data Protection Act, for example, it will not be published unless they give their consent, or there is a risk the data they provide could identity them; this could occur in small firms/departments where publicly available website profiles could be compared with published data and the person identified from it.

Consultants also need to be given the opportunity to complete a survey, but they must be contracted for three months or longer; it does not matter whether they are paid through invoices or through the payroll. They should be included within the appropriate role category in the same way as other employees.

In the past questions have been asked about who should not be included in the survey, these are:

Firms can use the questionnaire provided by the SRA but care needs to be taken so that individuals would not be identified, for example, by asking for returns to be made via email.

Once survey data has been collected it must be fed into the SRA’s online portal before the defined deadline; the SRA does not allow third-party survey systems to link to its portal, so although these systems can generate reports showing consolidated data firms will still need to report this data to the SRA themselves.

We can assist firms with their diversity data collection by providing our online anonymous survey system; if you would like further details on the Diversity Survey, join our webinar at 12:30 on Wednesday 26th May. 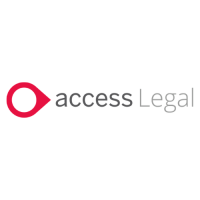 Access Legal
Working in partnership with more than 3,500 UK law firms and underpinned by over 30 years of sector experience, Access Legal provides an unrivalled suite of complete software solutions. From case and practice management, finance, accounting and business intelligence to learning, compliance and HR – Access Legal helps firms take control of their time, improve efficiency and productivity. By providing software to manage every aspect of a firm’s operations, Access Legal enables ambitious firms to reach unlimited potential and have the freedom to focus on clients and people to drive profitability and growth. ​​​​Access Legal is part of The Access Group, a leading provider of business management software to mid-sized organisations. It helps more than 35,000 customers across commercial and not-for-profit sectors become more productive and efficient. Its innovative Access Workspace cloud solution transforms the way business software is used, giving every employee the freedom to do more. Founded in 1991, The Access Group employs more than 3000 staff.