The End is Near (For the U.K.’s Furlough Scheme)

You’ve probably heard of furlough before. It’s usually a short-term scheme in which an employee is paid some fraction of their normal wage to not work, owed to some financial pressures on the company, or some wider economic issue.

When COVID fiercely hit Western Europe, countries handled all aspects of the unprecedented pandemic quite differently. Within the United Kingdom (a term that may sound a bit facetious at the moment), the devolved nations put forth different restrictions on mask-wearing, gatherings and return to school. The U.K. government as a whole however was united in its Job Retention Scheme (furlough). Eligible employees (those not self-employed I believe) could have 80% of their wages covered up to £2,500 per month during the worst of the turmoil.

When does it end?

As of the time of this writing, the furlough scheme is set to expire on 31 October. Some workers are already back to modified schedules, or even full-time, however; many may not return to the role they once had. Companies worst hit by the crushing economic conditions caused by the health crisis may have to let valuable employees go and downsize. We all have short memories, but this happened in 2008-9, albeit in good collective health.

HMRC have already identified a £70,000 fraud and have arrested two individuals in the London area as of a few days ago. The chief concern of HMRC is that taxpayer monies are being abused or otherwise misappropriated, noting that most employers likely used the scheme appropriately. The current estimates are that ± £3.5 billion in furlough scheme payments have been fraudulently claimed or paid in error. The UK is already well into a 90-day amnesty period that HMRC have set as a line in the sand. Those repaying funds in full would not face further sanctions or enforcement action. The inference with an amnesty scheme is that investigations and prosecution efforts may ramp up at the end of this period.

As of today the National Audit Office also announced it would be looking into procurements and other issues in light of the recent furlough scheme abuses.

Downsizing and redundancies
The 45-day notification requirement has recently passed for redundancies if those presently on the scheme were to be accordingly let go. Companies will inevitably have to make very difficult decisions to end the employment of valuable employees.

Are people really ‘switched off’?

The lines between home and work are even further blurred in a post COVID society. How do you know where one ends and the other begins? It’s not easy. If your mobile phone is still active and buzzing with work activity, do your workers answer those queries in the evening? Employees have even reported being forced to work whilst on the scheme, which is a tricky issue to navigate. This is certainly an issue for employment lawyers and if you have further queries, I highly recommend you chat to one.

Given recent trends and the quasi weaponisation of Data Subject Access Requests (DSAR’s) filed against employers by employees, it is not so crazy to assume these will continue to rise. A DSAR can be filed on its own but is often filed in parallel with an employment related claim. Strictly speaking, data subjects are exercising their rights to personally identifiable information held in relation to themselves, which may be stored in a multitude of data systems. These have historically been burdensome for employers (data controllers in this context), considering the traditional workflows and expenditures.

What can be done?

As I often say, I am not a lawyer, nor do I give legal advices, but from a technological and strategic perspective, I would encourage you to engage the experts in data triage and related services. 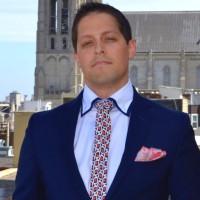 Brian Rogers, Regulatory Director at Access Legal With the ongoing crisis in Ukraine and sanctions continuing to be placed on …