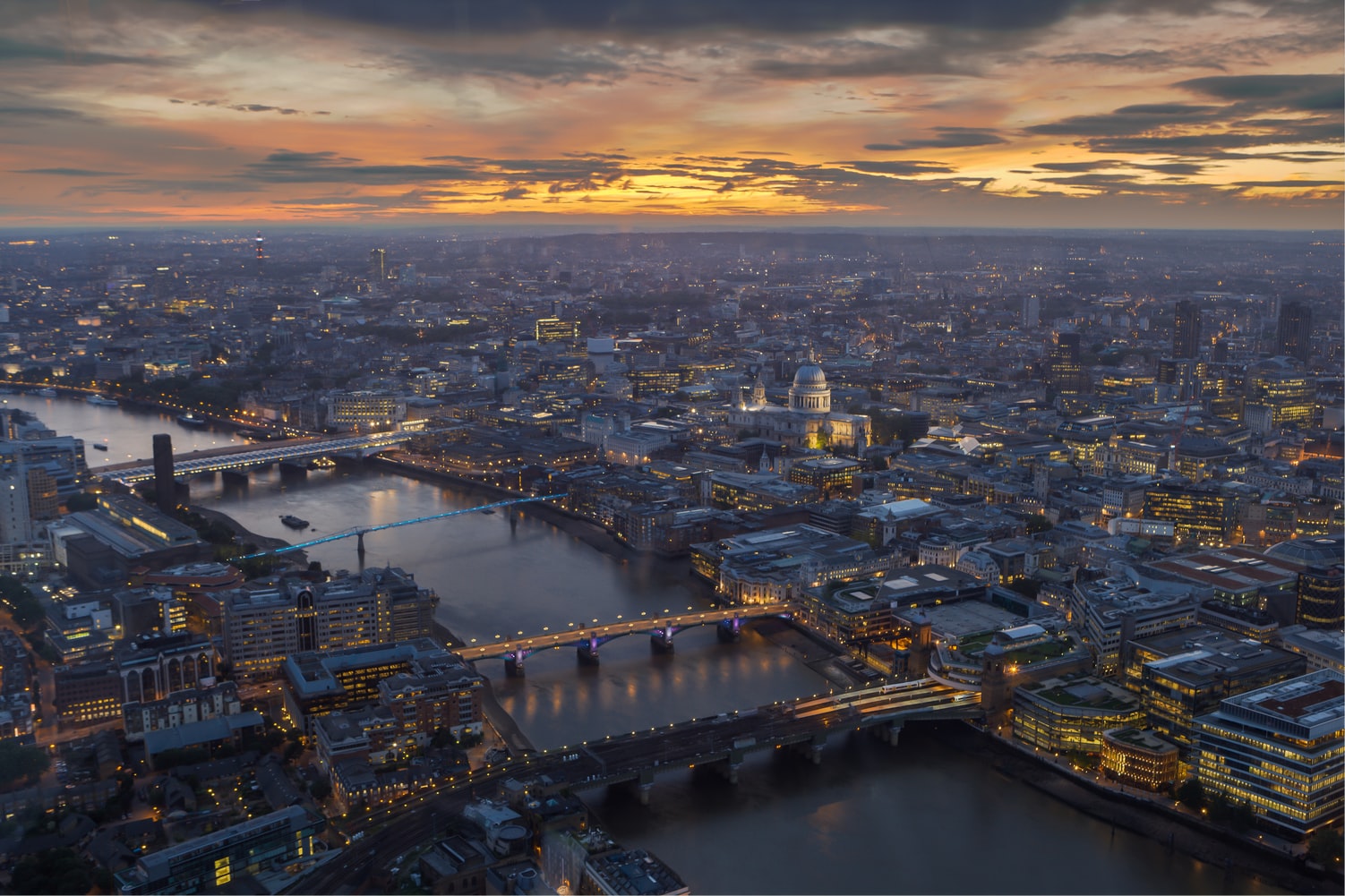 Companies in the UK risk falling behind foreign rivals unless they use more artificial intelligence, a new report on the technology has revealed.

Organisations currently using AI are outperforming those that are not by 11.5%, up from 5% a year ago, in a welcome boost to UK plc at a time of unprecedented economic and political uncertainty.

However, the Microsoft study – entitled Accelerating Competitive Advantage with AI – also uncovered business leaders’ doubts about the UK’s ability to be an AI leader. Nearly three-quarters (74%) said they didn’t think the UK has the right structures in place to fully capitalise on its standing as a leader in AI.

That could lead to countries such as the United States and China taking the lead on AI and attracting the tens of billions of pounds and talent that goes with it.

“The results are clear. UK businesses and public sector organisations that forgo or delay implementing AI solutions risk missing the boat on driving down costs, increasing their competitive advantage and empowering their workers,” said Cindy Rose, Chief Executive of Microsoft UK. “Given this moment, where both UK leadership and competitiveness on the global stage is more vital than ever, there is no doubt that fully embracing AI-led digital transformation is a critical success factor for UK businesses, government and society.” 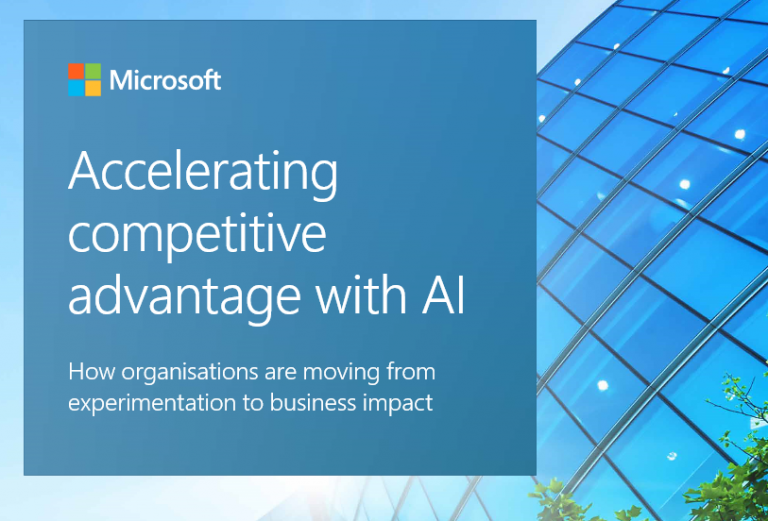 The UK has historically been a global leader in the creation of technology, with areas such as Cambridge becoming a hub for some of the brightest minds in AI. Losing that position would have an impact on the economy. The global AI market is expected to be worth almost $60 billion by 2025, an increase of $58.6 billion from 2016, according to TechJury. The latest forecasts from McKinsey Global suggest the technology will add $13 trillion to global economic activity by 2030.

However, less than a quarter of UK organisations (24%) have an AI strategy in place, Microsoft’s report, conducted in partnership with Goldsmiths, University of London, discovered.

The study, which focused on more than interviews with 1,000 business leaders and more than 4,000 employees, includes the views of organisations such as Lloyds Banking Group, NatWest, Centrica, Marks & Spencer, Renault and the NHS. It found that despite the low number of business leaders who have drawn up a solid AI roadmap, there is an acknowledgement that the technology is a must-have tool.

More than half (56%) of UK organisations are now using AI to some degree, with an 11% rise in machine learning, 9% rise in automation and 7% rise in voice recognition and 6% smart assistants since last year.

The report states that it’s not enough to just experiment with AI, businesses need to embed it in every area of their operations in a way that works for everyone. Companies already using the technology at scale are more productive, show higher profitability and experience better business outcomes.

Clare Barclay, Chief Operating Officer at Microsoft UK, said: “Transformative change driven by AI is as much about culture as it is technology – yet it seems that culture isn’t getting the airtime it deserves. An environment where employees feel they have the opportunity to get involved and develop new skills will unleash innovation and your employees’ potential to become the best competitive asset you have.”

While most companies are using AI, the research revealed that it wasn’t as widely used as it should be. While nearly half of business leaders stated that AI is a skill that will help secure future prospects in the UK, only 32% said they understood the breadth and depth of AI skills their workforce needed to succeed in the next 12 months. 96% of employees said they had never been consulted by their boss about its introduction, while only 11% of staff had completed training to improve their understanding of how to use AI in their role. Revealing a disconnect in UK workplaces, 83% of leaders claim not to have been asked by staff about AI.

The absence of transparency and open communication is fuelling fears about job security among workers while, at the same time, preventing them from understanding exactly how AI can help augment their roles. More than a third of staff (36%) would use the time they saved by using AI to learn new skills at work.

Lord Clement-Jones, Chairman of the House of Lords Select Committee on AI, said: “There is absolutely no excuse for anybody in business, at whatever age, for not reinventing themselves in terms of really understanding how AI works.” 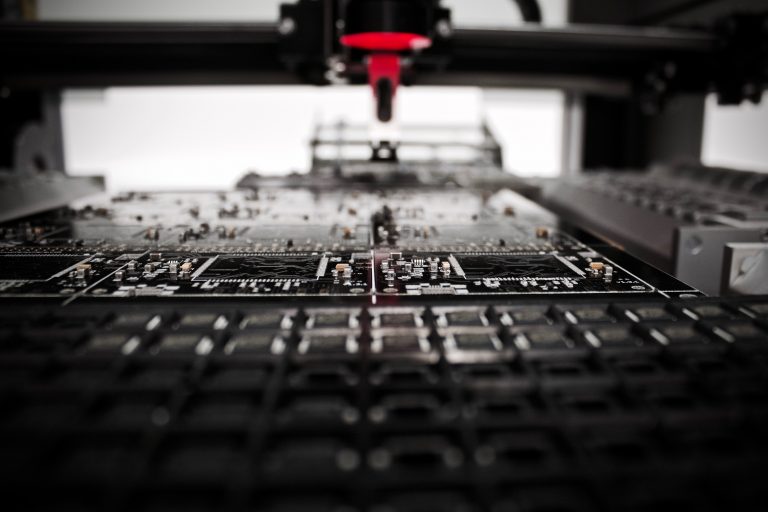 More than half (51%) of manufacturing leaders who were interviewed for Microsoft’s report said they were using AI.

The rate of AI adoption also varies depending on the sector, with financial services leading the way. Nearly three-quarters (72%) of the nation’s finance leaders say their organisation is using AI – a 7% increase from 2018 and considerably higher than the national average of 56%. Half of the leaders in the field want their organisation to be a leader in AI.

More than half (51%) of manufacturing leaders who were interviewed for Microsoft’s report said they were using AI, falling to 46% for healthcare and 43% for retail.

Microsoft has launched a number of initiatives to boost the level of digital skills in the UK, including a free online AI Business School enabling executives to learn about strategies and use of AI at their own pace in their own time.