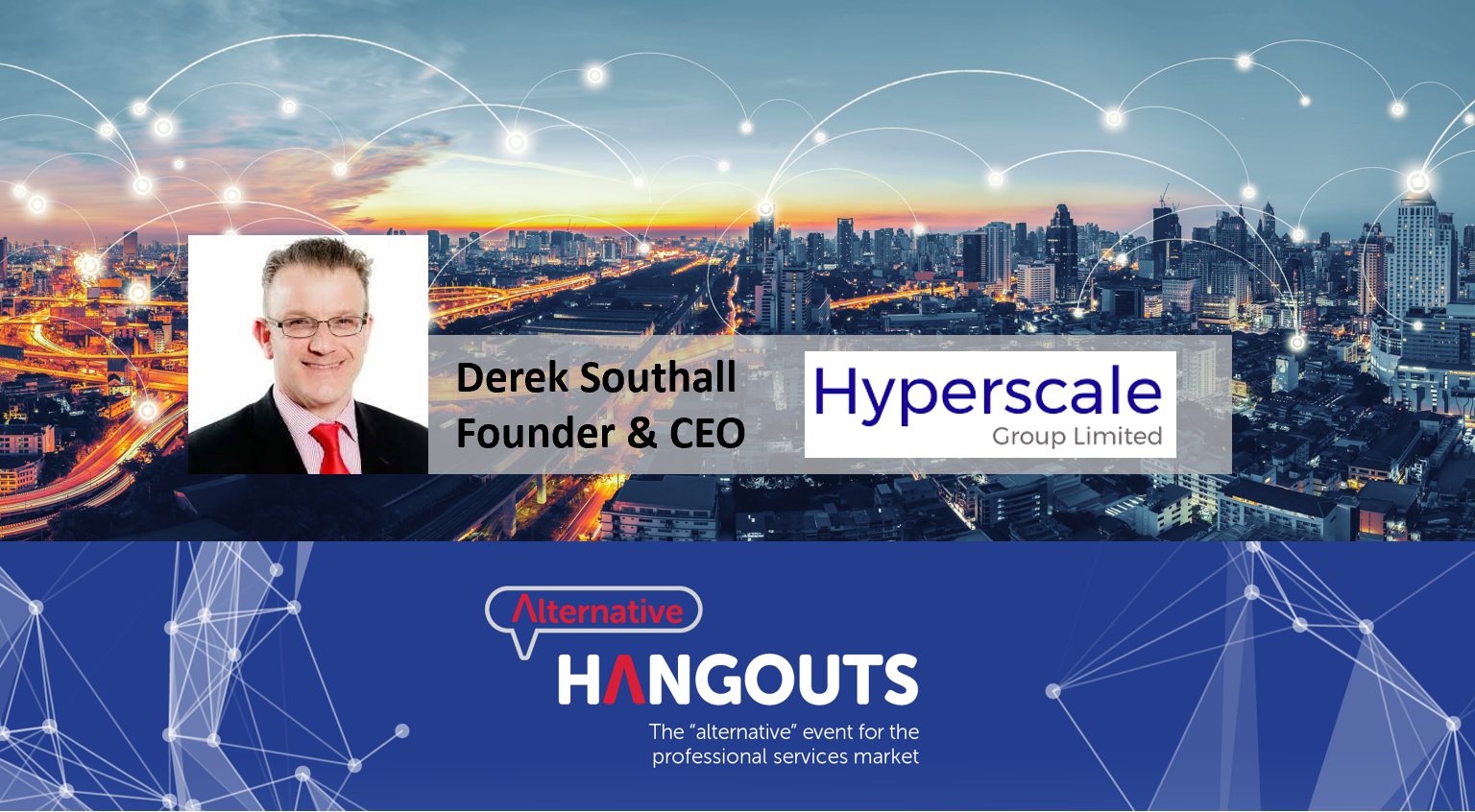 Here are three takeaways from Derek Southall, Founder & CEO of Hyperscale Group as he talked about the post-Covid Law Firm of the future at our recent Legal Management Hangout where our speakers discussed how legal teams can best serve internal clients in the current and post-Covid remote/digital environment.

Derek highlighted that we no longer need to recruit from areas directly surrounding offices due to the rise in remote and agile working.

“There was a survey in The Lawyer which found that more than half of lawyers no longer want to work in an office. That’s frightening for law firm leaders, but it’s also an opportunity. If you have an office in Manchester, historically you would need to rely on local talent to staff it. But thanks to the boom in remote working, that’s potentially no longer the case. You can recruit from anywhere. And this virtual way of working could really help to accelerate mid-market firms into a higher league.” 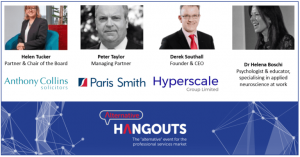 “It’s been estimated that average building occupancy for the foreseeable future will be around 35%, down from the previous figure of 56%. People’s preferences have been fundamentally shaken. They don’t want to work in crowded offices; lifts are a problem, as are shared facilities like canteens, washrooms, kitchens. There’s an argument that the focus will shift to the regions, because London is just too difficult, with much higher costs, higher density, reliance on public transport, one hour-plus commute times. People don’t want to do that anymore.”

As fewer people are working from offices it’s time for firms to take a look at the locations of their offices and the layout of those offices. Derek highlighted that people don’t want to work in locations where there are a lot of crowded areas like canteens, kitchens, bathrooms etc. This could see a rise in businesses leaving the London region.

Be ready for change

“Firms are investing in better operating platforms that allow them to supervise the new streamlined way of working. Some are already investing, others are diverting resources from other budgets, such as real estate, to roll out greater integration with platforms like Office 365 or Repstor. Also sales-driven tools like Manzama or Fliplet that can generate new revenue are seeing a massive take-up. Above all, remember the bottom line: law firms don’t need the market to be buoyant in order to make money, they just need change. And there is certainly going to be a huge amount of change over the next few years.”

Derek stated an important point by saying how law firms just need change in order to make money and that due to the pandemic there is going to be a huge opportunity for change in the coming years.

Brian Rogers, Regulatory Director at Access Legal With the ongoing crisis in Ukraine and sanctions continuing to be placed on …